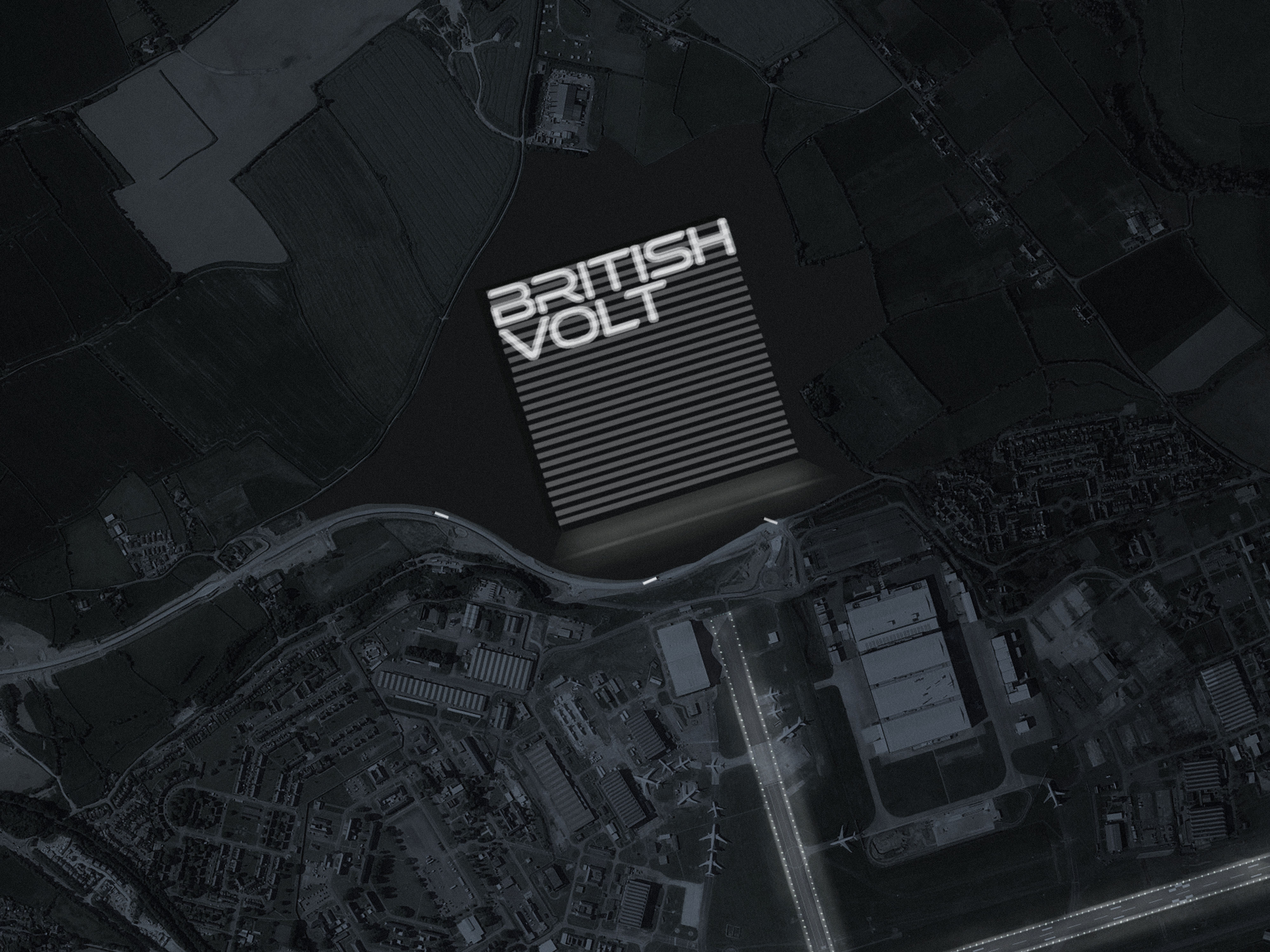 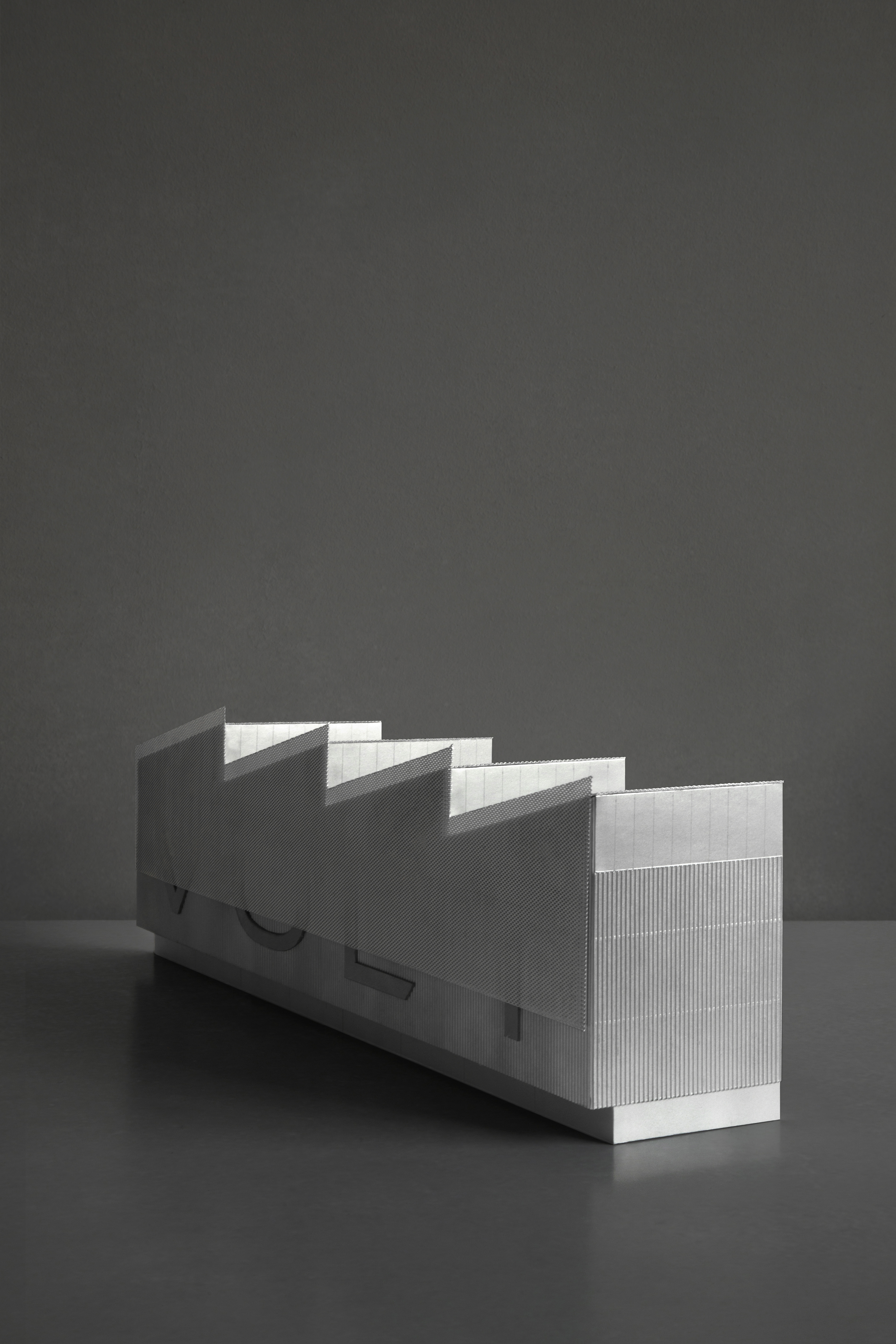 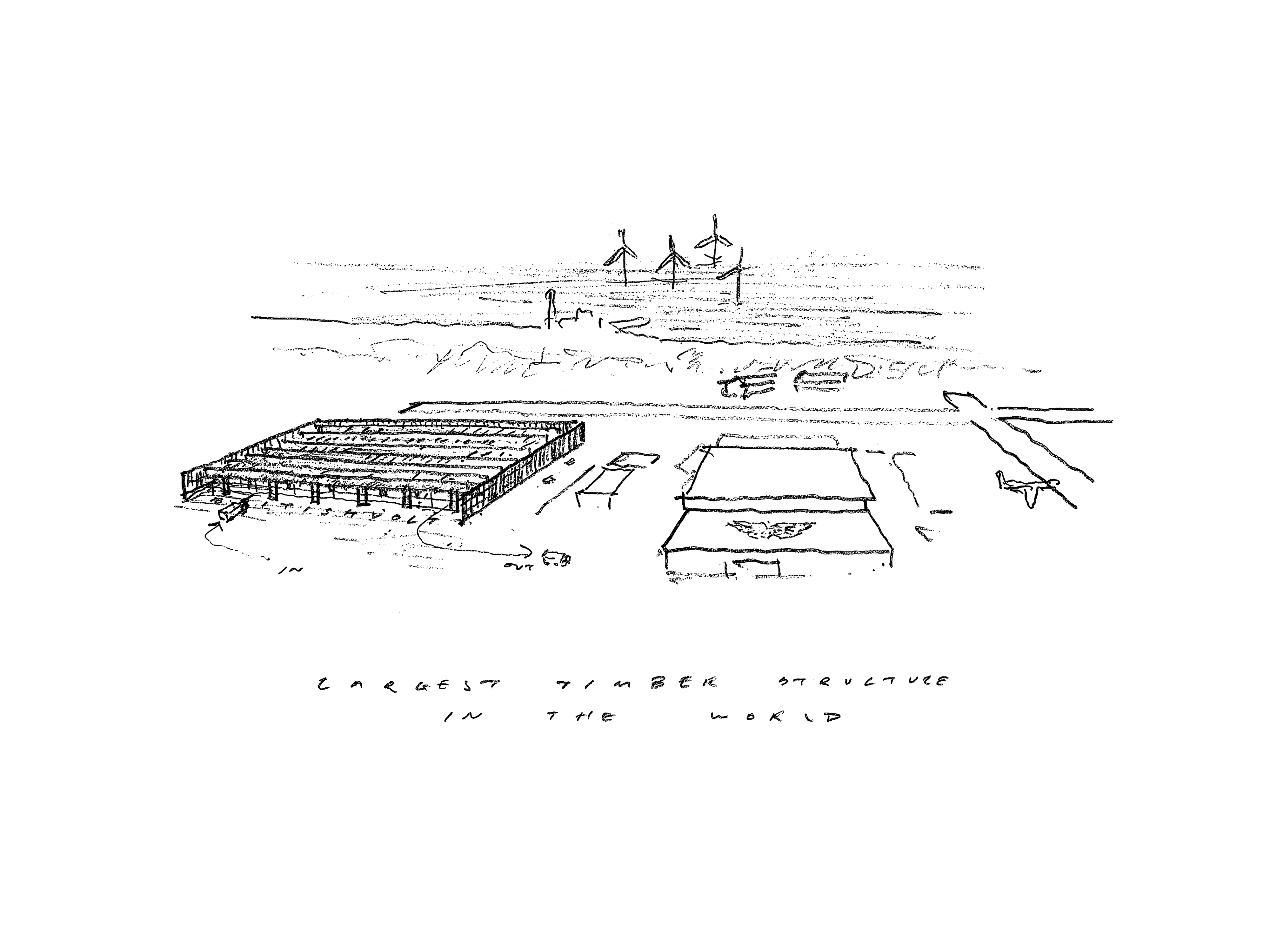 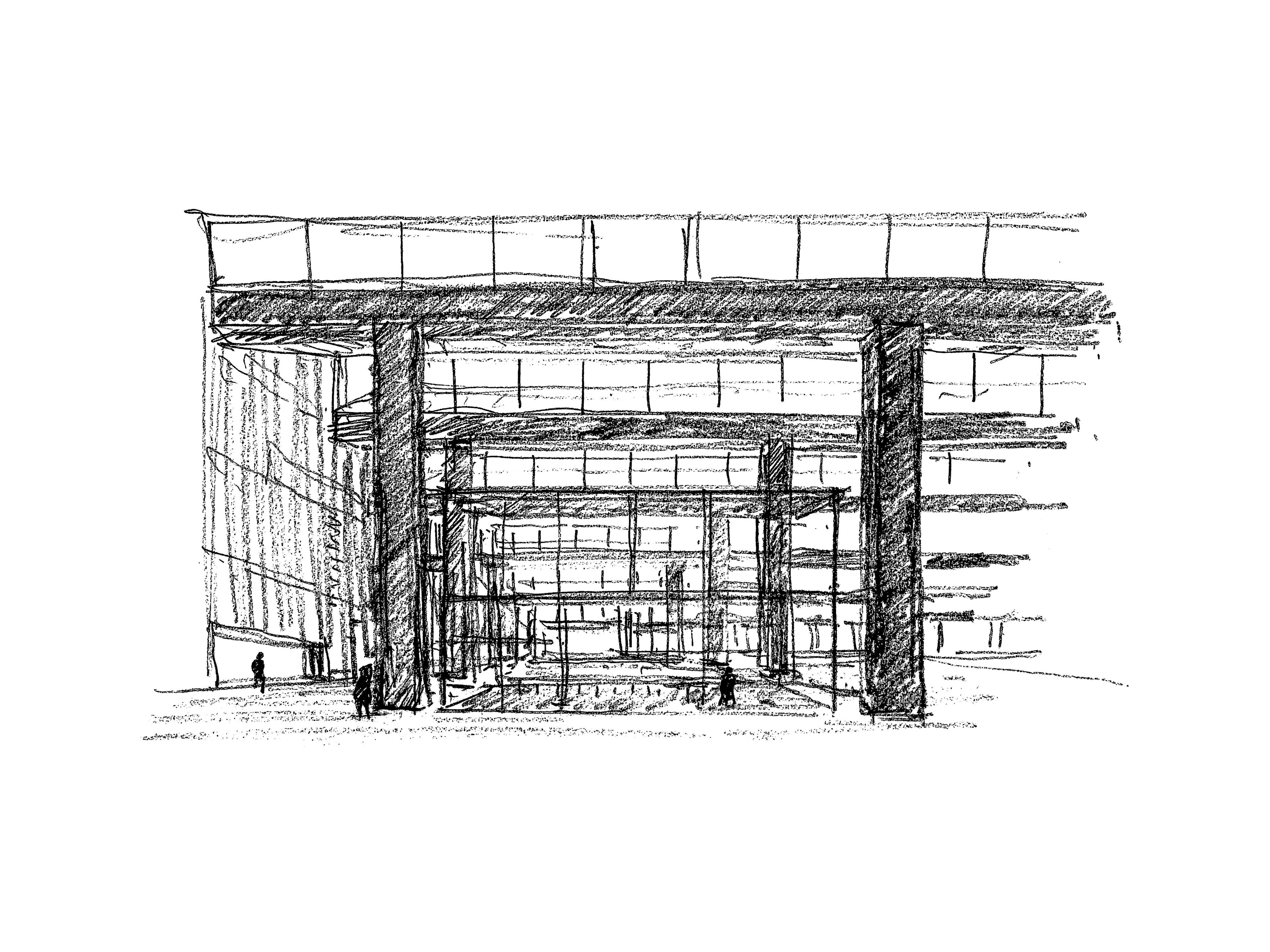 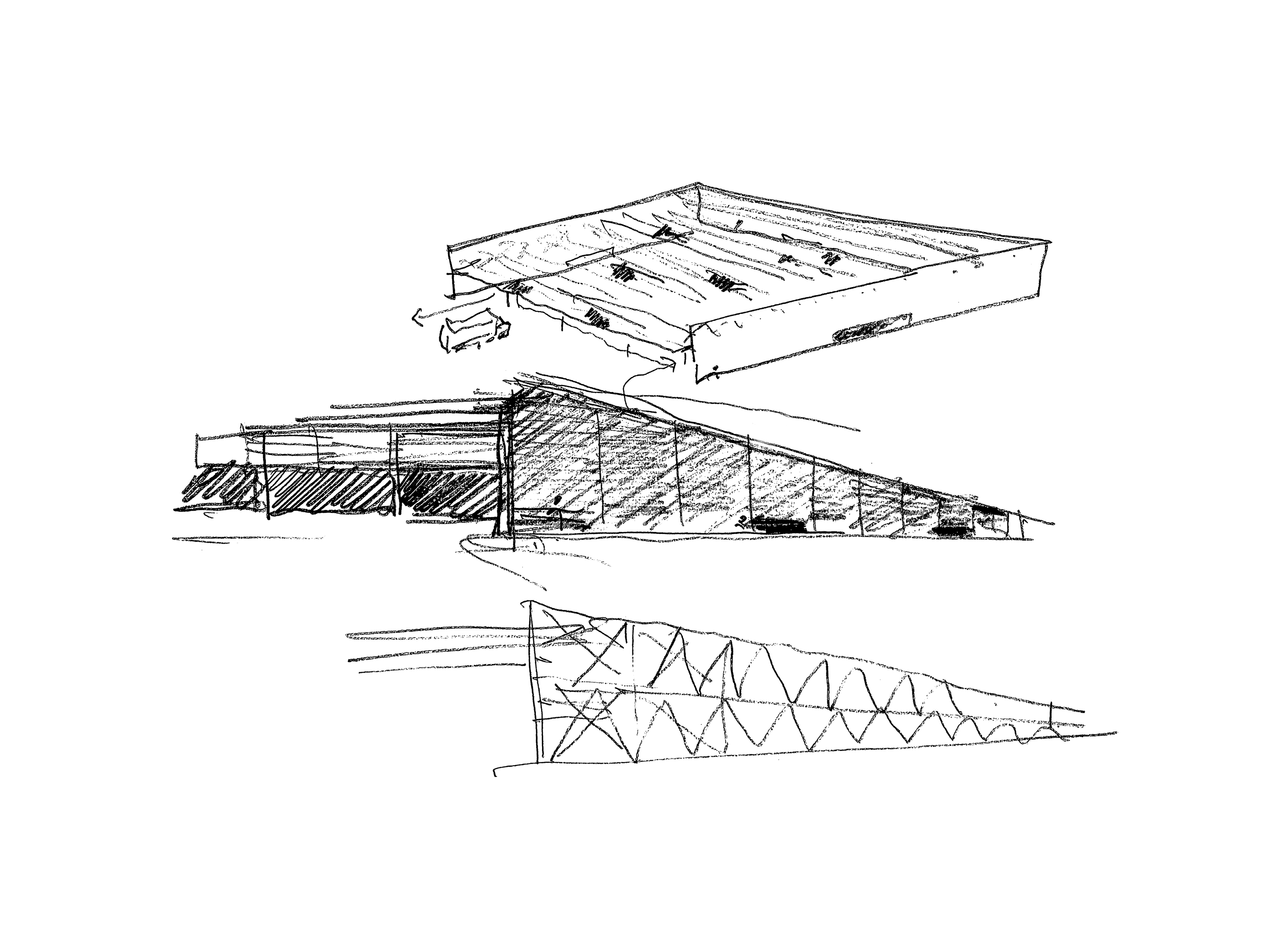 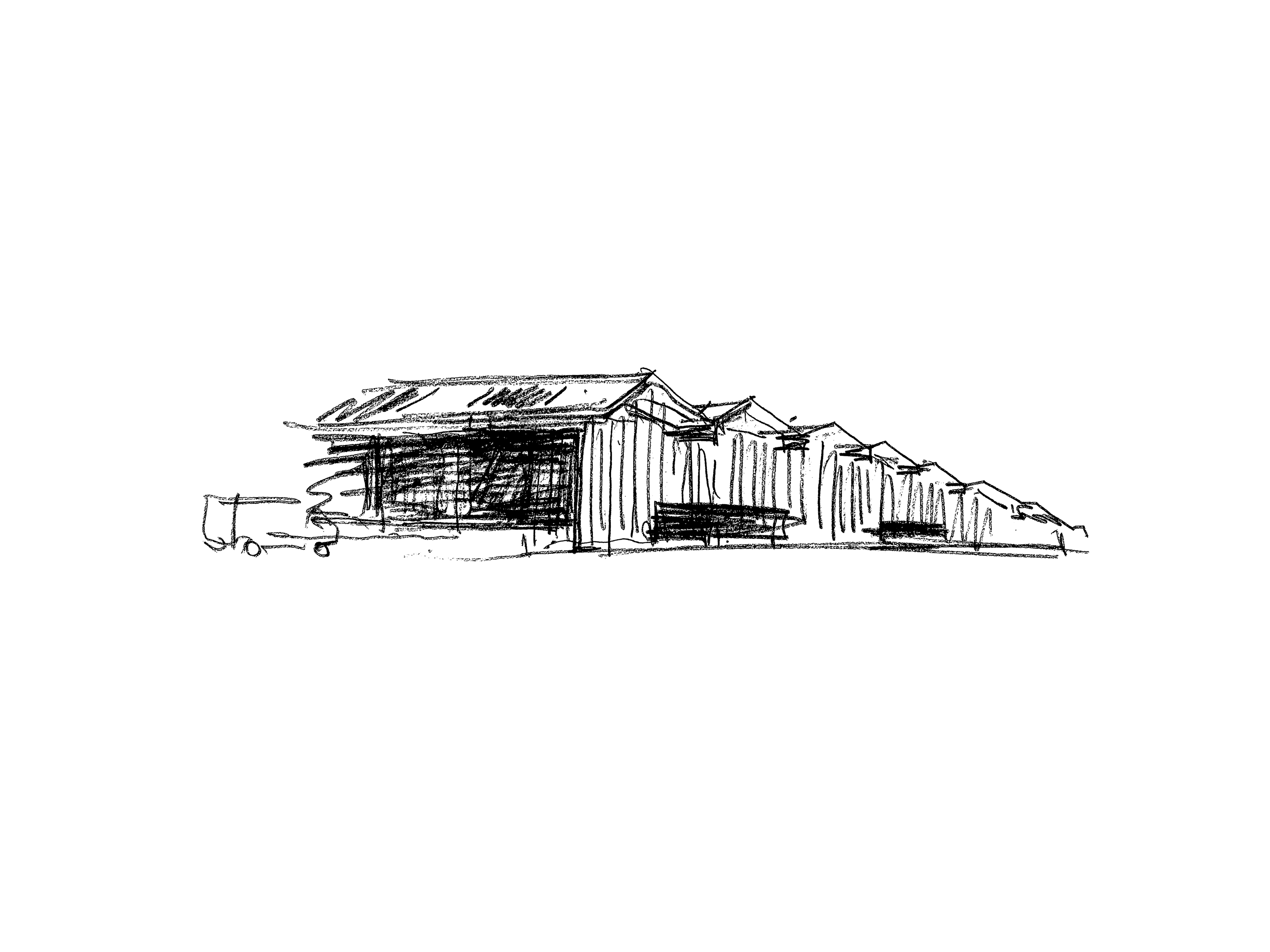 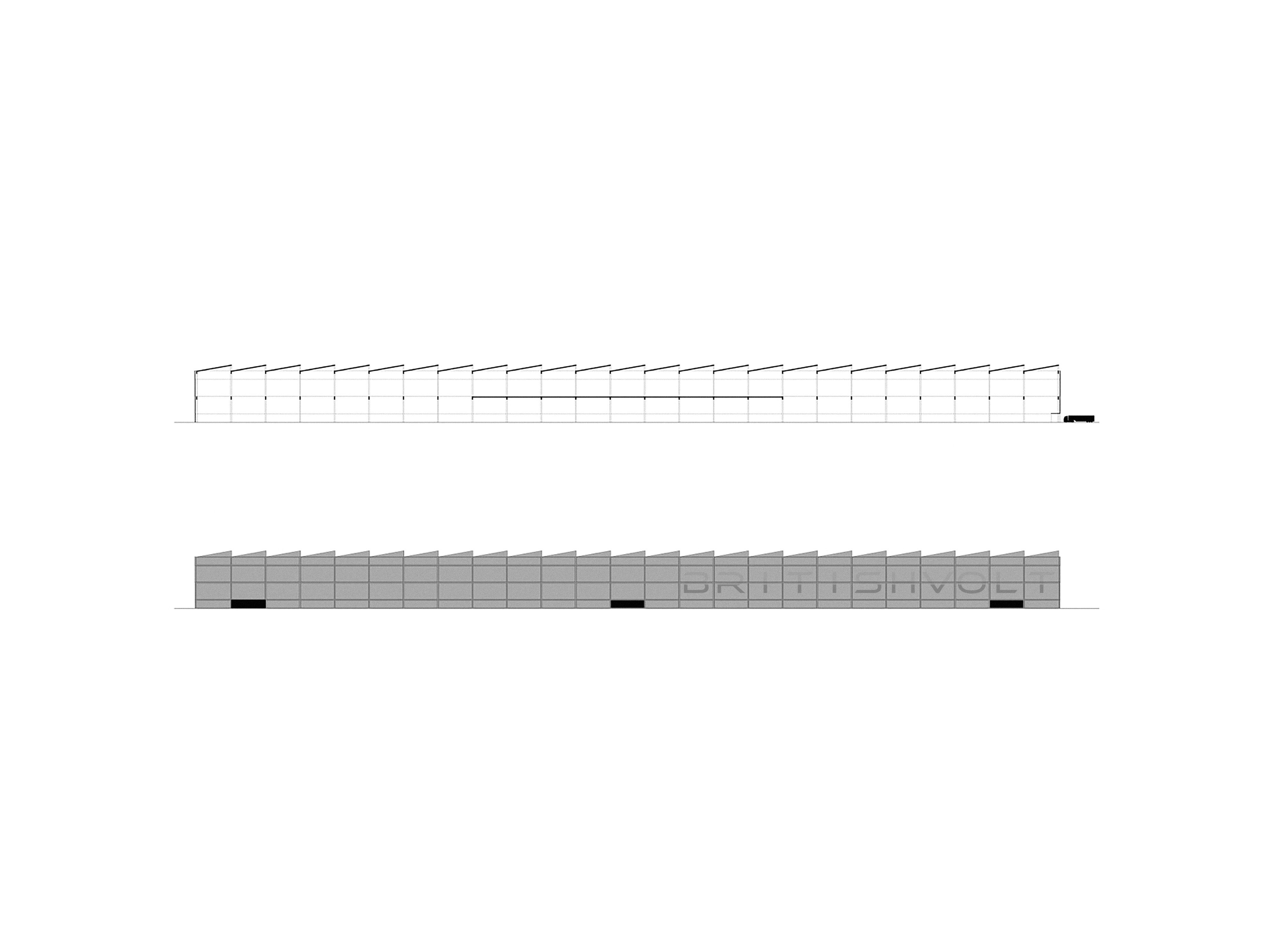 Ivo Carew Architects/ Studio Baty were invited by Britishvolt to create a concept design for the first large scale electric car battery factory to be built in the UK.

The brief for the new ‘gigafactory’ was to design a factory with a footprint of 250,000 sqm. The factory had to be expandable, carbon neutral, and embody the spirit of the 'fourth industrial revolution'.

The challenge was how to build a colossal building with a human scale that could also benefit its environment. The proposal focused on developing an efficient compact grid that had the potential to be adaptable and sustainable.

Inspired by both Tokyo’s plan to build a 350m tall skyscraper in timber and abstract grid paintings, the proposal considers the possibility of a 500m long timber groundscraper factory. In consultation with Arup's timber and fire departments, fireproof glulam timber is proposed for the structure. This would make the factory the largest timber framed building in the world and would be a show of intent for Britishvolt’s ambitions in the UK.

In order to achieve the goal of providing carbon neutral electricity input to power the factory, a large windfarm is proposed on an adjacent site. The building itself is also designed to utilise solar photovoltaic panels, geothermal energy, natural ventilation and natural light through the saw-tooth roof.